"Rebbe Reb Yehonossan", zs'l, author of Ya'arot Devash was called this because after his death he appeared to people in dreams [+/-] show/hide text
and gave them advice and guidance.

Reb Yehonossan, as can be seen from his books, was undoubtedly one of the deepest thinkers, knowledgable and saintly of the Rabbis of that generation .

He was the advisor to the king and many noblemen and church leaders admired his high intelligence. Once, he was speaking with a Bishop and told him that being a Bishop is a much easier job than being a Rabbi. Of course the Bishop argued and said that his job is very hard and demanding. Rabbi Yonasan said to him "when you come to work, every morning you see your boss hunged on a cross, resting upon the altar but my Boss, I never see and therefore, the work is much harder...".

Once, while riding in his coach down the streets of Vienna, the king met his wise advisor and friend. After greeting each other amiably, the king asked the rabbi where he was going. “I don’t know,” replied Rabbi Yonasan.

The king’s eyes flashed with sudden anger. Friend or not, how dare this Jew trifle with His Majesty! The king ordered his guards to have the advisor arrested and imprisoned. However, before the day was over, the king relented. “After all,” the king thought to himself, “this is my wise advisor; he couldn’t have meant to slight me. There must be an explanation for his behavior.”

The ruler visited the eminent scholar in his cell. “Look here,” he scolded, “how dare you address your King so frivolously?” “I didn’t mean to trifle with you, your Majesty,” explained the scholar, “You did not ask me where I was planning to go; you asked me where I was going. I really did not know where I was going. And it must be clear to you now, I was right. I had planned to go study and pray at the synagogue, and instead I ended up in jail.”

Reb Yehonossan Eibeschitz was by all opinions one of the major Rabbinic figures of the first half of the 18th century. The son of Reb Nosson Nota Eibuschitz, he was born in 1660, and studied in his youth in Poland, Moravia and Prague. And he lived to 1764, the age of 104. A tradition says that Rebbe Yehonosson was blessed with the life of a fish by the Baal Shem Tov, zs'l, which perhaps explains his longevity. The segula of of the fish - in addition to conferring immunity from the עין הרע Ayin Hara, such a blessing could confer long life, because a fish can live virtually infinitely. 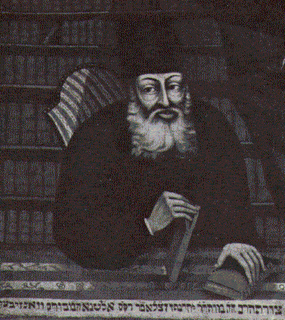 In a letter to his son, revealed after he died, he explained that he was a re-incarnated soul from Binyomin son of Yaakov Aveinu ( Jacob ) . And in the same way that Benjamin was falsely accused by Joseph and the Egyptians for stealing a golden cup ( Genesis chapter 44 ) . The Rebbe Reb Yehonosson was falsely accused by the Rabbis of the time in Europe (he was falsly accused of Sabbatianism).

In Breishis Genesis chapter 45 verse 22 , the story relates that Joseph gave Benjamin 5 changes of clothing, this was symbolic that Benjamin would be re-incarnated 5 times . 1st life was as Benjamin , 2nd life as Yehonossan son of King Saul, who was from the tribe of Benjamin, 3rd life as Mordechai from the Book of Ester who was also from the tribe of Benjamin, who saved the Jews from Haman with Queen Esters help . 4th life as Reb Yehonosson Eibeshitz, and 5th life he would live at the time Moshiach, in the future במהרה בימינוּ אמן