HaShem Does Not Forget

A true and very touching story that happened to Rabbi Shlomo Carlebach, zs'l, the "singing Rabbi".

This story was advertised in the newspaper Sheva by Oded Mizrahi.

Reb Shlomo Carlebach used to travel world-wide to sing for Jews and he was a well-known singer. One on of his flights, Reb Shlomo was pleasantly surprised to see a 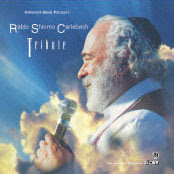 stewardess praying from a Siddur. He waited till the stewardess finishes praying and when she finished praying, he asked her, "I see that you are praying from a Siddur, are you Jewish?" The stewardess replied, "My parents are non-Jews but ever since I can remember, I was attracted to Judaism. When I grew older I learned Judaism from an Orthodox Rabbi and recently, I converted according to the Jewish laws. As you see, I lead an Orthodox life and keep the commandments."

One of the passengers called the stewardess and she excused herself. Reb Shlomo returned to his sit and watched the clouds go by under the airplane's wings.

A few minutes later the stewardess came over to Reb Shlomo and asked him if he is a Rav. She told him, "Maybe you can help me. I have an urgent problem. Recently I met a nice Jewish young man and we want to get married but his parents are adamantly against our marriage because I am a convert. His parents threatened their son to severe all ties with me. We love each other very much but he's very attached to his parents and does not want to pain them. He's heartbroken and I fear he'll break off all ties with me. Can you help me."

"I'll try," said Reb Shlomo, "Give me the phone numbers of the parents and your phone number as well. I'll try my best to convince the parents they should not oppose your marriage to their son and allow you to marry their son."

When Reb Shlomo reached his destination, he called the parents of the boy and the conversation did not go very well. In fact, the parents were very angry at Reb Shlomo's attempt to intervene. The more Reb Shlomo tried to defend the girl, the more the father got angry. He got so angry, he yelled, "Know that I am an Holocaust survivor! Because I saw that HaShem permitted for the Jews to be killed by the Goyim, I hate Judaism. BUT, my son will NOT marry a non-Jew! I'll first kill him."

Reb Shlomo understood that this conversation was a dead-end and cordially wished them luck before hanging up the phone. He called the stewardess to tell her about his unsuccessful attempt to convince the boy's father. But instead, the stewardess' father picked up the phone. Reb Shlomo told him what transpired and although he put in much effort, the attempt for his convert daughter to marry the Jew was unsuccessful.

The father of the stewardess got angry at Reb Shlomo for interfering in family matters. Reb Shlomo tried to justify his actions by saying, "It says in the Holy Torah that G.od occupies Himself a third of the time with matchmaking, and I'm only trying a tiny drop to help Him... It is very clear to me that your daughter and the boy love each other very much. It is sad for me to see that they cannot marry."

Reb Shlomo's concern deeply touched the father. "I'm going to reveal a secret to you that was NEVER revealed before. I was sure I'll take my secret to the grave and never reveal it to NO ONE. My wife and I are catholics but not really. We are both really Jews, survivors of the Holocaust. We hate Judaism because of what HaShem did to the Jews. We make believe we are catholics even though we never officially converted. We raise our children like good catholics. Our children do not know the truth."

The stewardess' father agreed and Reb Shlomo was able to convince both sets of parents to meet.

The meeting of the parents took place in the hotel where Reb Shlomo was staying. The moment of the meeting arrived when one of the fathers yelled out, "Yankele!" The other father excitedly responded, "Hershele!" and they fell into each other's arms. When the excitment subsided, they both explained to their shocked wives that once, before the war broke out, they learned together Chavruta in the Yeshiva.

Each one was positive that the other was murdered during the terrible years of the war.

One of the fathers said, "You remembered how we dreamed about the future when we were in Yeshiva?. We told one another that when we grow up and get married and have children, we will marry our children to one another so we can become family."

"We forgot our vow. But HaShem did not forget."