It's been 12 long years since the Admor Lubavitch Rebbe, zs'l, passed away.

I want to share a personal story about the Rebbe, zs'l. There are so many stories, how do I find the most captivating one? Well, Shamayim will take the lead and my fingers and brain will just follow.

I was a single mother of 2 and decided that for my birthday which every year is not significant, I would like to go to the Ohel of the Lubavitch Rebbe, zs'l. I didn't know driving directions and didn't know anyone who goes there. I called up a friend and asked if she knew and she called up another friend and asked her if she knew and that friend called up another friend to ask - does anyone know how to get to the Kever of the Lubavitch Rebbe??? Finally, the 7th person came up with a great idea - find the phone number of the Ohel, call them, and get driving directions. By the time evening rolled around, the kids were sleeping, and 9 people, including myself, packed into the minivan and took off. For the majority, it was the first time going to the Ohel. We got there safely without any wrong turns and we were all very excited. We asked someone there what we are supposed to do and they told us to write a letter, light a candle, daven, etc.

I saw a sefer and asked someone what it is and she told me about the Igrat Kodesh . She added that some people write a letter after davening in the Ohel and ask the Rebbe a question or concern, and put the paper inside the Sefer. You open the page to where the paper is and sometimes there is an answer and sometimes, not.

In my mind I have a lot of questions so why not try it? I was told I can only do this once, whether there's an answer or not. If there's no answer, to try in 6 months again. I can ask only 1, maximum 2 questions. What to ask??? So many questions. After much debate, I asked what a single mother would ask, "when will I meet a man that I'll love and live with him in ha 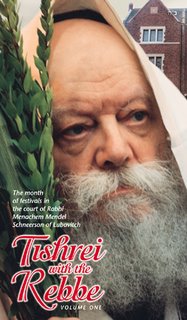 rmony?". It may seem like a silly question but at the time, that's what I felt to ask. I opened the Sefer not expecting any answer and like the lady said, try again in 6 months. I was reading and the only thing that seemed to have any sort of relevance was Erev Shavuot. It was Tishrei. A long time till then....

The months passed with its ups and down and by the time Shavuot rolled in, I didn't even remember that there is something to remember. At that time, I was in a totally different stage, I wanted to be alone and was not interested to meet anyone.

We were invited by friends for the Chag and went more for the kids than for myself. The friends I went to invited a lot of their friends and it was a "full" house of children and guests. Turns out the Baal Habayit's brother came from Israel that week and I met him many years ago and we had another mutual friend. The Baal Habait honored him with doing the Kiddush and he had an amazing voice. But my mind was not focused and was glad when the se'uda was over to go home.

When Shavout ended, he called to ask if we can meet. I didn't even know what he meant and without thinking answered that if he'd like to talk, I am listening. 3 minutes later, there was call-waiting and told him to hang on, I'll be right back. Turns out I forgot about him and got busy with the kids. About 10 pm, the kids were sleeping and I hear knocking on my door. I open the door and see the Baal Habait's brother. Oh no, I forgot him on the phone. At that point, feeling very guilty, I was a little "nicer" and told him that I'll come out for a 5 minute walk. He told me that during the Kiddush of Shavuot, he felt a "spiritual fire" go thru him and ever since, he cannot get me out of his mind. I had no clue what he is saying and could not relate to "his problem". He talked about Shavuot being Zman Matan Torah and maybe that's the spiritual fire he felt. The way he kept talking about Shavuot over and over again, I was wondering if he had no life prior to Shavuot. And then it clicked in my mind - the Rebbe, Ohel, Igrat Kodesh, Shavuot. Is this for real? I shared with him about the Igrat Kodesh at the Ohel of the Lubavitch Rebbe, zs'l. We talked for hours and a few days later, got married. The "spritual fire" he felt on Shavuot during Kiddush many years ago is b'h still very active, for the both of us.

B'h, since that Shavuot, I go to the Ohel weekly, and sometimes my husband joins me. Today, if ladies need guidance at the Ohel, I tell them what needs to be done, the way it was taught to me.(except the Igrat Kodesh).

The Lubavitcher Rebbe, Rabbi Menachem Mendel Schneerson
His depth of wisdom, knowledge and understanding is an eternal source of spiritual and moral sustenance for all people. His belief in, and compassion for each individual illuminates the world with loving kindness. He continues to inspire, motivate and guide our path to the ultimate Redemption.

This comment has been removed by a blog administrator.

i have one word to say:

thank u nava for sharring this story with us. g-d bless u.

Nava, you sound so much more open on your blog, than when you posted on M&G. It is a pleasure to read you. Thank you for sharing your a-m-a-z-i-n-g story!

B"H for The Rebbe. He was/is amazing in being able to pinpoint his responses dead-center to the problem.

G-d bless you!
Thank you very much for sharing such a personal story!

Thank you for all your good wishes and kind words.

My husband knows about computers like you know how to built a spaceship :). When he came home from work, we lit candles Lezecher Nishmat HaRebbe HaKadosh and I told him that I wrote a story on the computer about the wonders the Rebbe, zs'l, does for Klal Yisroel. He asked me which story I wrote and I kinda shrugged and told him to guess. Without missing a beat, said the story of Shavuot.

B'h, we'll ALL be zoche to give HKB'H much Nachat and live and see Tchiat Hametim Bekarov - amen!

We are all in debt to you for sharing your wonderful story. Please do not forget to guard your health.

Everyone must pray for the safe return of the kidnapped soldier and civilians.
The soldier's name is Gilad ben Aviva.
Someone please post the other names so we can pray for them.
Thanks
Devorah

Nava...thank you for your dreams and stories! i feel so much love and hope and encouragement from them! you are able to transmit the spark and fan the flame of expectation of Moshiach. bless you and family and all who share the immediate expectation to see Moshiach with our own eyes in our own time!