A food supplier came to a Rav and requested the Rav help him do Teshuva. When the Rav asked him what he does for a living, the man told him that for many years he distributed large cartons of food to dozens of stores. From every carton, he'd take a little food for himself and instead of supplying 20 loaves of bread, it would be 18, etc.[+/-] show/hide text

The man told the Rav the damage he caused could add up to hundreds of thousands of shekalim (Israel money exchange). He wasn't sure what to do because they don't have this kind of amount to pay back.

The Rav very said that according to Halacha there is nothing to do except to return the equivalent amount of money to the buyers for the stolen food. 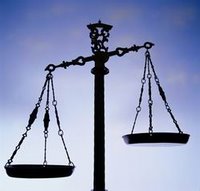 The man rised from his chair and asked his wife: "Maybe we should sell our beautiful home, and with the sale of the house, we will pay back the debt".

His wife agreed and they settled in the Rav's office to sell their beautiful house and move into a rented apartment.

The deal was done. When the man and his wife turned to leave, the Rav walked over to him and said, "You are purifying all Am Israel with your Teshuva. A Jew that is sacrificing to sell his house and its possessions for Teshuva, one needs to get up before him with respect".