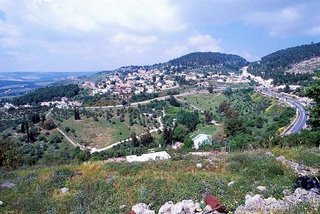 THE WAR OF GOG AND MAGOG

The Ramak (Rabbi Moshe Cordovero) of blessed memory, explains that in the final days the nations will make peace between themselves and arise to destroy the Jews because they have established their own kingdom (country), and that there will be terrible trouble.[+/-] show/hide text

Metzudat David and Ibn Ezra say that the battle will also serve to rid the Jewish people of the sinners within it, that do not deserve to witness the good the Jews will receive then.

After the war of Gog and Magog, there will be worldwide peace and tranquility…There will be no more suffering and worry in the Land of Israel, and the nation of G-d will be granted long and happy lives, as it is written: "…The former troubles are forgotten and…hidden from My eyes". (Isaiah 65:16) (Midrash Kah).

TO MERIT THE WORLD TO COME
The main way to merit Olam Haba is by guarding one's tongue. That is worth more than all the Torah and good deeds. This is the meaning of (Isaiah 32:9) "tranquil women" (Berachos 17a), because the mouth is the holiest of the holy.

"Whoever observes the practice of eating the three meals of Shabbat, saves himself from three calamities: The wars of Gog and Magog, The birth pangs of the Mashiach and the retribution of Gehinam". (Talmud Shabbat 119a)

The Chafetz Chaim wrote: “It is well known to all that the Torah warns us to beware of untruth and hypocrisy. As the verse states, “Keep away from anything false!” (Shemot 23:7). This exhortation implies that even if the matter is not an outright untruth but is simply partially false, we should avoid it (Shevuot 31a). Moreover, this applies even if one is talking to an equal, and all the more so if one is speaking with a leader of the Jewish community. How much more so is a person obliged to guard himself against untruth when conversing with G-d Himself. As the verse states, "...a liar will not endure in My Presence" (Tehillim 101:7). Consequently, a person must be careful even if he does not mention the name of the Holy One, blessed is He, regarding some matter, and particularly if he does mention the name of the Holy One.

"Rabbi Elazar was asked by his students: what will a man do to be spared from the pains of the arrival of the Mashiach? Let him occupy himself with the Torah and let him perform acts of kindness" (Talmud Sanhedrin 98a)

“He who seeks to cover up his transgressions will not succeed, but he who confesses and abandons his evil actions, You will have mercy on him”. (Proverbs 28:13)

“If one single individual repents, the whole world is forgiven” (Yoma 86B)