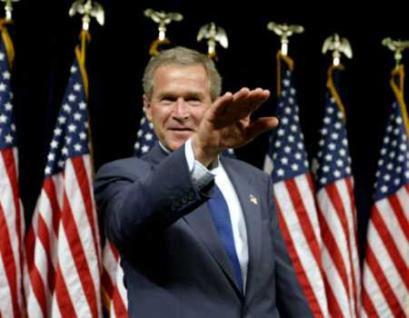 The Pentagon has banned security clearance to Americans with relatives in Israel. Government sources and attorneys said the Pentagon has sought and succeeded in removing security clearance from dozens of Americans, mostly Jews, who either lived, worked or have relatives in Israel. Official documents report that American Jews were asked by Pentagon examiners whether they would join a U.S. attack on Israel.[+/-] show/hide text

"The policy didn't start yesterday," a Pentagon source said. "But those applying for security clearance are coming under greater scrutiny than ever for ties with foreign countries, and that especially includes Israel."

In some cases, the sources said, the Pentagon even sought to remove the security clearance of high-ranking U.S. officers who served as consultants in Israel. Some of the Pentagon's decisions were overturned on appeal.

"There's always been accusations of dual loyalty all along with American Jews who worked on classified programs," a congressional staffer who oversees the Pentagon said.

"But since the Phalcon episode the situation for anybody with ties to Israel has gotten worse," the staffer said, referring to the episode in which Israel tried to sell an early-warning aircraft to China in 2000.

A report said the Pentagon has sought to increasingly restrict access to Americans with relatives in Israel. The report said more and more Americans with Israeli connections have been excluded from U.S. defense projects based on hearsay as well as claims that they would come under Israeli government pressure. In 2000, the Pentagon issued directives that denied security clearance to anybody with an Israeli or other foreign passport.

"Prior involvement with the Israeli defense industry or any contact with Israeli security will probably cause denial [of U.S. security clearance]," said the report, entitled, "Israel, Foreign Preference- Foreign Influence Cases.”

Authored by Sheldon Cohen, a Washington-based attorney who specializes in national security cases, the report reviewed 47 security clearance hearings held by the Pentagon since 1996 in which applicants were accused of ties with Israel. Eighteen of the 47 applicants were granted clearances, but the report cited other cases in which Israel was not named, rather referred to as "Country A."

During hearings by the Pentagon's Defense Office of Hearings and Appeals, officials and judges asserted that Israel was spying on the United States. They have cited the 2005 indictment of two pro-Israeli lobbyists as evidence of Israeli espionage. Last year, Pentagon analyst Lawrence
Franklin was sentenced to 12 years for relaying classified information to the American-Israel Public Affairs Committee and an Israeli diplomat.

"The Israeli government is actively engaged in military and industrial espionage in the United States," a Pentagon administrative judge ruled. "An Israeli citizen working in the U.S. who has access to proprietary information is likely to be a target of such espionage."

The Pentagon board also asked applicants whether they would disclose classified information to increase the security of Israel so "his family in Israel could live in peace and safety or to reduce threats to the lives of Israeli military personnel."

The board ruled that strong family ties to Israel or another foreign country could be sufficient to deny security clearance.

The report said applicants were asked whether they would fight with the U.S. military against Israel in a "hypothetical conflict." Those who did not pledge to fight Israel were denied security clearance by the Appeals Board.

"The Appeal Board rejected the Administrative Judge's assumption that Israel did not pose a serious security risk because it was a country friendly to the U.S.," the report said. "It held that such a view ignores the historic reality that relations between nations can shift, and that even friendly nations can have profound disagreements with the United States over matters which they view as important to their vital interests or national security."

At one point, the Pentagon sought to deny security clearance to a highly decorated U.S. Air Force lieutenant colonel who upon retirement served as a consultant to the Israeli Defense Ministry on its foreign military sales program. A judge ruled the officer had been acting for a foreign interest because he was paid by a U.S. company that sold weapons to Israel. The Appeals Board rejected the Pentagon argument.

"The only conclusion that can be drawn is that the Appeal Board will affirm all denials and reverse all grants of clearance, except if the case is so compelling that it could not withstand public criticism for its decision," the report said.

“One is left with a sense of arbitrariness and unpredictability," the report added.
http://www.insightmag.com/Media/MediaManager/Israel.htm

This comment has been removed by a blog administrator.

Please watch this video clip (Living Torah) of the Rebbe, where the Rebbe mentions that:

By the way, according to the neviim, Gog, the leader of Magog, comes against Israel only because Hashem makes him do it. He doesn't even want to do it, it is orchestrated entirely by Hashem for the sake of showing the world that He is King.

Yechezkiel 38:
3. So said the Lord God: Behold, I am against you, Gog, the prince, the head of Meshech and Tubal.
4. And I shall unbridle you, and I shall put hooks into your jaws and bring you forth and all your army, horses and riders, all of them clothed in finery, a great assembly, with encompassing shield and buckler, all of them grasping swords.

Rashi
"and I shall put hooks into your jaws" It is customary to lead out a beast with the hooks in its jaws because it does not want to go [voluntarily]. I, too, will put thoughts into your heart and an urge that will draw you from your land to come upon Israel.


גבול שמת בל יעבורון, בל ישובון לכסות הארץ
You made a limit that cannon be passed; the earth would never again be covered by them
HaShem is running the world and HaShem created limits. Once this powerful man passes the limits, which could possibly be a desire to capture Yerushalayim, he will fall so low and never return.