Last week I dreamed that there is a tikun to do for the Jews in France and therefore, I should send my husband to Paris. I was told that France צרפת in Gematria is 770 - the same as Bet Moshiach and the year we are in now, 5770. 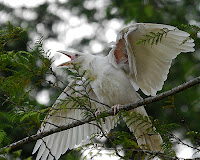 The following morning of my husband's arrival in France, he went to shul Ohel Rut and saw a raven standing above him. What caught my husband's attention was that this raven wasn't black like all ravens but rather it was pure white and it was not crowing, it was chirping like a bird. Additionally, it was extemely cold and ravens dislike cold weather but regardless, the raven stood on the shul's roof for about 15 minutes in the cold and was chirping like a bird.

That night my husband had a dream and the white raven was speaking to him. It was a woman's voice, a beautiful voice. She asked my husband if he knew who she was and my husband tried to guess but could not. She told him she was Rachav, Yehoshua's bin Nun's wife, a'h.

Rachav was a non-Jew whom lived in Jericho. Prior to the Jews entering Israel, Yehoshua bin Nun sent two spies to seek out the land. They came to Rachav's house to seek shelter from the king of Jericho. Rachav risked her own life and hid the Jewish spies from the king's soldiers. The report given by Yehoshua bin Nun’s spies was optimistic because of Rachav's faith that HaShem will give the land of Canaan to the children of Israel. 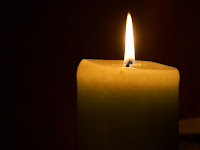 My husband was very surprised in the dream that Rachav is in Paris and Rachav HaTzaddika told my husband that in the zchut that she made it possible for Am Israel to capture Eretz Israel, she was given the important task of gathering Am Israel from all over the world to Eretz Israel.

Rachav HaTzaddika, a'h, asked my husband that we light candles for her neshama because it helps her and gives HKB'H much nachat. Please light a candle in honor of Rachav HaTzaddika and b'h, ask that in her zchut you will b'h be zoche to make Aliya, amen.