Anti-Semite is growing ...
Israel - Man arrested for blowing Shofar on Rosh Hashana at the Kotel. 5-7 policemen started swinging their clubs violently. [+/-] show/hide text
No one was hospitalized, but “it was a big brawl,” in the words of one witness, with many people being dragged around and beaten while wearing their prayer-shawls and Sabbath suits.

Bagnolet, Paris - A 13-year-old Jewish boy was attacked at his middle school in a Parisian suburb.

Montreal, Canada - The perpetrator of a Molotov-cocktail attack on the chassidic boys’ school in Montreal, remains at large despite the act having been videotaped by the school’s surveillance camera and despite a $5,000 reward offered by an anonymous donor for information leading to his arrest. 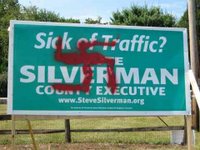 Eugene, OR - Police arrested a man suspected of scrawling swastikas on a police car, the Lane County Jail building and a private business.

Stamford hill, London - 14-year-old boy was assaulted by a male black on Clapton Common. Police are treating it as a bias crime.

Baltimore, MD - Abraham Sacharow, a community member was attacked and beaten by youths on a Shabbas night near Menlo Drive.

Russia - Unidentified attackers vandalized two synagogues in Russia on Friday, the day that the Jewish holiday of Rosh Hashana begins, shattering windows at one and briefly setting a door ablaze at another in attacks that highlighted rising xenophobia and anti-Semitism in Russia. No one was reported injured.

Oslo, Norway - Norwegian police on arrested four men suspected of firing shots at an Oslo synagogue last weekend- gunshots were fired overnight at the synagogue of Jewish Community in the St. Hanshaugen section of the city of Oslo the capital of Norwy. No one was injured in the incident.

Odessa, Ukraine - A Jewish man Chaim Weitzman, 24, was beaten by a group of young men in the Ukrainian city of Odessa.

Sverdlovsk, Ukrainian - Five youths have been charged with murder motivated by ethnic hatred for allegedly beating a Jewish man to death with a metal cross.

Moscow - The Moscow City Court sentenced Alexander Koptsev who injured nine people in a knife attack at a Moscow synagogue to 16 years in prison, he was convicted of attempted murder driven by racist motives and of inciting ethnic hatred, at this second trial. The court also ordered Koptsev, who was 20 when he rampaged through a synagogue last January, stabbing worshippers with a hunting knife before he was wrestled to the ground, to undergo psychiatric treatment at the facility where he will be imprisoned.

Vilnius, Lithuania - Eighteen tombstones in a Vilnius Jewish cemetery were vandalized, the second time that a cemetery has been targeted this summer in the Vilnius area.

Annecy, France - When three heard a teenager call someone "Abraham", they started beating the 16-year-old boy and yelling anti-Semitic insults.

Britain - Britain's 300,000 Jews 'are more vulnerable to abuse now than for a generation'. A sinister alliance has developed between far-Right groups and Islamist extremists who are united in their hatred of Jews, and are contributing to increasing anti-Semitism in Britain.

Montreal, Canada - An Orthodox Jewish man was removed from an Air Canada flight from Montreal to New York City because he was praying.

Eugene, Ore. - A supremacist attacked a Eugene synagogue. Poundstone and other avowed white supremacists were accused of throwing rocks engraved with swastikas at a synagogue while in service.

Five European countries are refusing landing rights to aircraft from the Israeli carrier El Al that are transporting military equipment.

Dushanbe, Tajikistan - Vandals attacked the last remaining synagogue in the city of Dushanbe, capital of the Central Asian republic of Tajikistan, in what is believed to have been an attempt to set the building on fire. Two youths approached the synagogue and hurled a Molotov cocktail into the courtyard, which burst into flames. Two elderly Jews who were inside at the time saw the youths and began to chase them, but they managed to get away, and local police were called but failed to intervene. The incident marked the second time in the past month that the synagogue has come under attack.

Crown Heights, Brooklyn, NY - Late Friday night early Shabbas morning two Bochurim walking on Eastern Parkway and Rochester Avenue were severely assaulted. The two were walking when they heard someone behind them yell "You .... Jew", when they turned around one of the Bochurim was struck in the face with a baseball bat, after which a group of about 7 to 8 Black Males closed in on the Bochur, but they both managed to fend off their assailants.

London - Six youths were arrested by Barnet police this week in connection with a vicious anti-Semitic attack on a 12-year-old girl, that left her unconscious with a fractured eye socket.

Russia - On April 16, 2005, just a week before the beginning the past Jewish Passover on April 23, five children, Muslim and Christian, "disappeared" in the Russian Siberian city of Krasnoyarsk. Four weeks later their burnt bodies were found in a sewage pit.
Now a popular Russian daily newspaper, Komsomolskaya Pravda, writes today that many Russians in the city are convinced that the children were ritually murdered by local Jews who later burnt their bodies to conceal the crime and prevent experts to find in the bodies the lack of blood which is used by Hasidic Jews for ritual purposes on Passover.
Few people in the city believe that the Jewish murderers ever come to trial and that the murders would be properly clarified by police investigaters in present-day new democratic Russia.

Vladimir Salamatov, the lawyer representing the interests of the parents of the murdered children told the paper that 5 independent expertises confirmed the lack of red substance in human blood in all burnt bodies. "I am sure that it was a ritual murder with exsanguination", he said.
Evgeny Kazantsev, the Head of Untraditional Religious Groups Monitoring Center, also agrees that it was a ritual murder.

A Moscow independent researcher and journalist, Mikhail Nazarov, stresses that there is a large Jewish community in Krasnoyarsk and that the authorities do their best to conceal this ritual murder committed by the Jews. A witness reported seeing the bodies of the children thrown intact in the pit as proscribed by the Jewish ritual and then somebody burnt then to conceal ritual wounds in specific places of the bodies made for the exsanguination, Mr nazarov said.
The researcher reminded of a well-known case of the ritual murder of a 10-year-old Christian child, Andyusha Yushchinsky in Kiev in 1913. A local Jewish community activist, Beilis, was arrested and accused of the murder and later released by a court because of insufficient evidence, with a minor overweight among the jury. He says, "the murder of Andryusha Yushchinsky also took place few day before the Jewish Passover, his body was also exsanguinated and thrown off without burial", Mr Nazarov said. "And Beilis belonged to the same Lubavichi Hasidic branch of Judaism as the present Chief Rabbi of Russia Berl Lazar," Mr. Nazarov added.

Monticello, NY - A year ago, local teenagers sprayed hateful graffiti on synagogue walls and defaced pictures of rabbis at the White Rock bungalow colony. They had painted swastikas on a cooler, on a table. They scrawled Hitler's name in lurid yellow across a cooler door.

Oslo - a plot to murder Israel’s ambassador to Oslo has been uncovered. Four suspects are in custody, three being Muslim.

West Hartford, CT - Police have charged a Berlin man with more than a dozen hate crimes against the local Jewish community while working as a security guard.

Harav HaGaon Amnon Yitzchak Shlita: Gog Umagog will be in the entire world and will arrive also to Israel. No one will be able to run away, no one will escape. It says in the Sfarim (books) that Nations of the world will cause suffering to Jews in their countries and will expel the Jews from their country. It says 90%, may the All-merciful protect us, will perish in the desert. The anti-semite we see today is ZERO of the ZERO in comparison to what will be when the nations of the world will ignite. Gog UMagog within 40 days!?