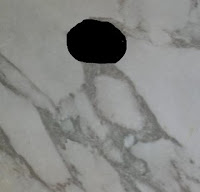 Tzion for her quickly. While there, he noticed a small bird on a tree, above Devorah HaNevia's kever, and the bird flew to the lowest branch and kept staring at him.

My husband was told that the first and last letters of our names combined, spells the word 'the river'.
AsheR - AR
NavA - NA
Ana'ar אנהר - the river

In the dream, Asher and I were standing on the side of the hill and my husband was standing behind us.

I begged Asher to reveal to me where Nachal Kishon is located but he didn't want to tell me. While I'm begging him to reveal to me, Devorah HaNevia, a'h, appears (out of nowhere) but we cannot see what she looks like because she was completely covered with a white shiny veil, which looked like a halo.

Asher didn't know whom this woman is and where she appeared from and asks her, "Who are you?". I quietly whisper to him, "Quiet, Asher. It's the holy Devorah HaNevia."

I turn to Devorah HaNevia and ask, "Respectful thee, where is Nachal Kishon?."

Devorah HaNevia replies, "Ask him (Asher) and what he feels, that's the answer. He'll say that he doesn't know, that he never thought about it but investigate him, he will know."

At that second, after saying 'he will know,' Devorah HaNevia disappeared, POOOOF.

Asher and I were standing on the side of the hill, and we see thousands of horsemen on carriages/chariots riding towards the hill. (AMAZING - Asher told us that the pasuk of his name, the first and last letters of the the Aleph and Reish is אלא ברכב ואלא בסוסים ואנחנו בשם ה' אלוקינו נזכיר Some in chariots, and some in horses: and we remember HaShem, our God).

The horsemen were wearing steel helmets, uniforms that are made of a mixture of steel and cloth, and each steel helmet had a colorful feather on top. The chariots were made of wood, including the wheels.

Underneath the hill, there was a river and all thousands of horsemen volunteerily galloped directly into a river, disappearing inside the water of the river. Not one horsemen/knight, horse, or carriage came out of the river, they all disappeared.

When the last horseman galloped over the hill into the river, we ran after him and saw a gigantic unnatural miracle, ניסי ניסים, miracle of miracles.

We saw the water of the river, while gushing, raised upwards appx. 15 ft. above the ground, but not one drop of water fell on either side to the ground. The river water was raised and there were no visible borders on either side, and it was continuing to gush. AMAZING.

We stood there with our mouth open, gazing at this unnatural phenomenon. I turn to Asher ask, "Asher, is this Nachal Kishon?"

"Yes," he replied, "The start of Nachal Kishon are from deep wellsprings, and its water arrives into a river and this river enters into Nachal Kishon. But there is an additional small tikun you must do in order to know the location of Nachal Kishon."

In the dream, Devorah HaNevia, a'h, showed me the secret authentic location of Nachal Kishon. It is not possible to get there by car, only on foot. She was above me, leading me the way to easily find the secret Kishon river. ...It was never touched by mankind and hidden like the Sambatyon. I asked Devorah HaNevia permission to drink the Nachal's water and she replied that anyone who merits to drink from this holy water, maintained thruout the centuries ONLY by HKB'H, will immediately purify their souls and know razei de'razin - secrets of secrets.